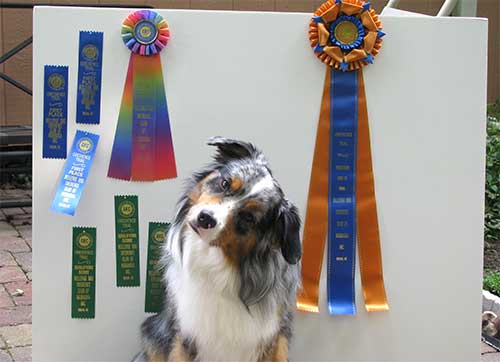 Darwin and Laura Uran were in the June 11 through 13, 2021 Nosework trial in Council Bluffs, Iowa. Host club was Friends of Bellevue Dog Obedience Club and Judges were Johnette Ulch and Sharon Dowell.

This was Darwin’s first show in 15 months due to Covid restrictions. We obtained the Master Interior, Master Exterior and Elite Containers titles with 6 first places and one second place. We will need one passing run to obtain the Masters vehicle title and also to finish the Master Nosework Level title. 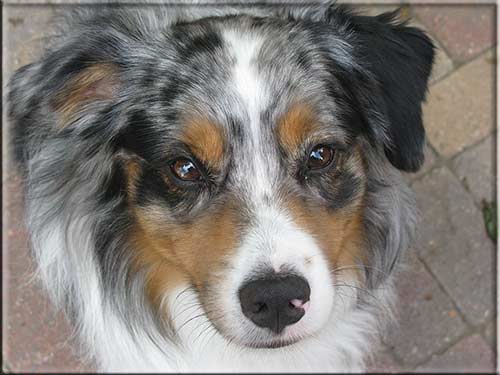 Laura Uran and Darwin obtained the UKC Advanced Container Nose work title on 9/8/2019 in Omaha, NE. The host club was Companion Dog Club Partners in Omaha. Darwin passed each run for his title.
This is Darwin’s 17th title this year (2019) since April. The titles have come from multiple venues and disciplines. 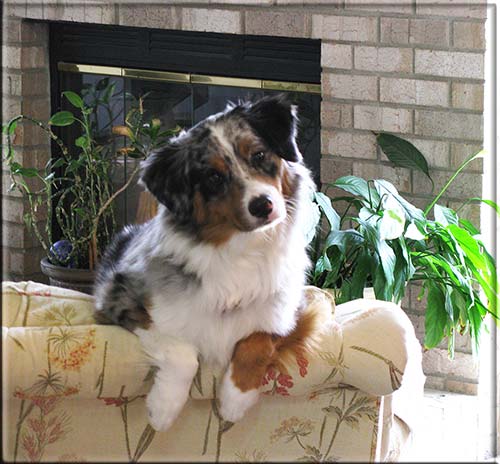 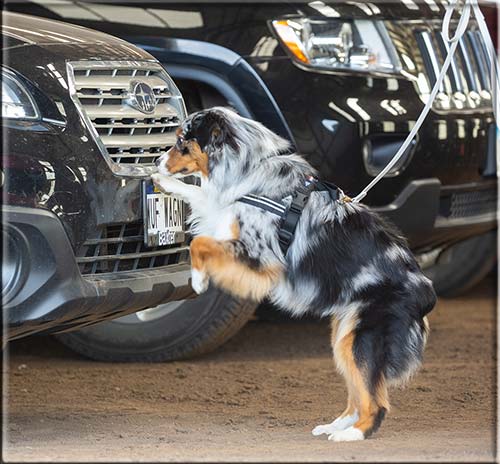 Lovingly known as Darwin showing off his Nose work skills. He is very accomplished for his young age.
Owned and trained by Laura Uran of Nebraska.
Sired by Wanna Be Man In Black (We call him Super Trooper)
Dam: Sandy Creeks Fabuluken Lady
Darwin just turned 2 in May. 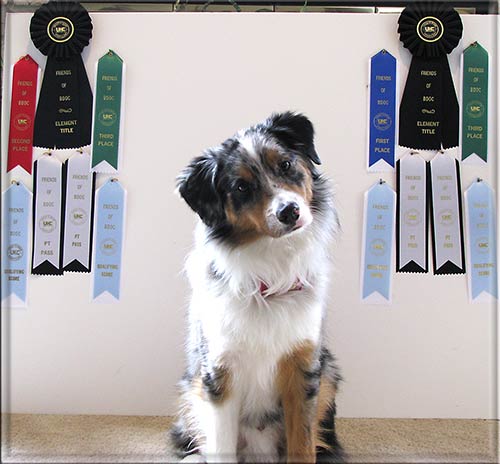 On 2/17 and 2/18/2018 He was entered in a UKC Nosework Trial. (Target scent detection). The trial was held in Council Bluffs, IA on Sunshine Obedience School’s grounds and it was full. It was a two day, 4 trial show, however, I entered him only in trial 1 so he could do 4 searches, then get out and home to play and recover. It was Darwin’s first official show in anything. Placements were separated by hundredths of a second on time.

Over the weekend he ended up passing four Pre-trials – Novice, Advanced, Superior and Masters (these are considered a title by UKC and go in front of the dog’s name. ) PTN, PTA, PTS, PTM. For non-Nosework people, these are container search tests with no distractions used to see if the dog recognizes and will indicate the odor tested. Each level has a required target odor – Novice is birch. Advanced is Anise. Superior is Clove and Master is Myrrh. They must be passed before the team can go into individual element searches.