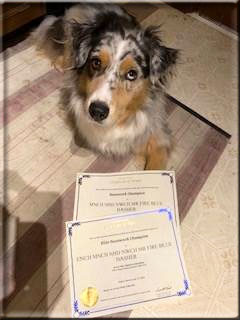 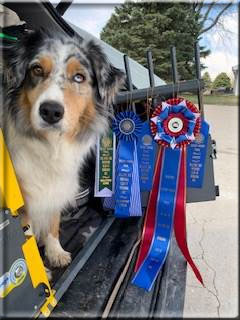 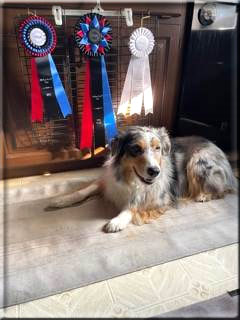 We also took 3rd place for our NW3 Elite 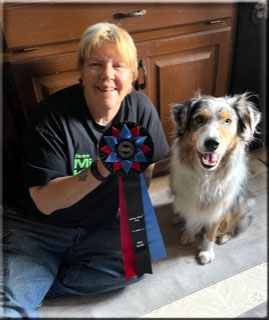 SANDY CREEK’S FIRE BLUE DASHER (Dasher) got his UKC ELITE Title Saturday 9/29/18 at K9 Sports Club’s Nose Work Trial in Adel Iowa. And he finished in style by getting High in Trial vehicles. Dasher had a great vehicle run in the rain, he just loves the game. 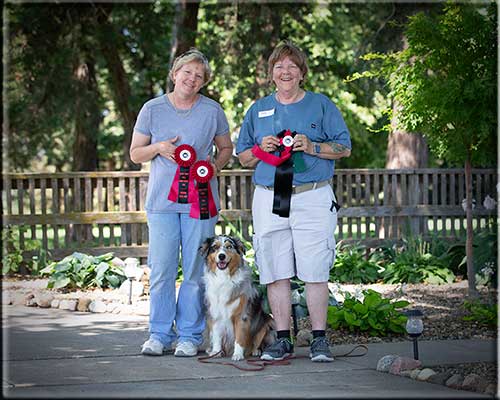 Sandy Creek’s Fire Blue Dasher’s first AKC weekend July 6-8 at Nebraska Kennel Club 3 days 4 elements each. He was wonderful despite the hot weather. He was fast all weekend and worked beautifully. He finished with 2 element titles and Sunday the icing on the cake he got Novice High in Trial. I’m a very proud mom. On to our next trial.

On January 13, 2018 Sandy Creek’s Fire Blue Dasher (Dasher) did an UKC nose work trial in Joliet, IL by 4G&TB. He got his elite interiors with 2, 2nd places and finished his Master containers with a 1st place. 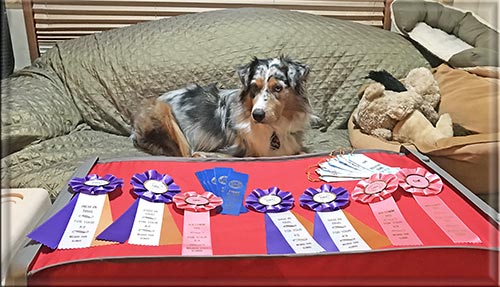 Dasher with all the loot from UKC nose work trial on September 4, 2017. High in trial, 3 element titles, 5 first places. 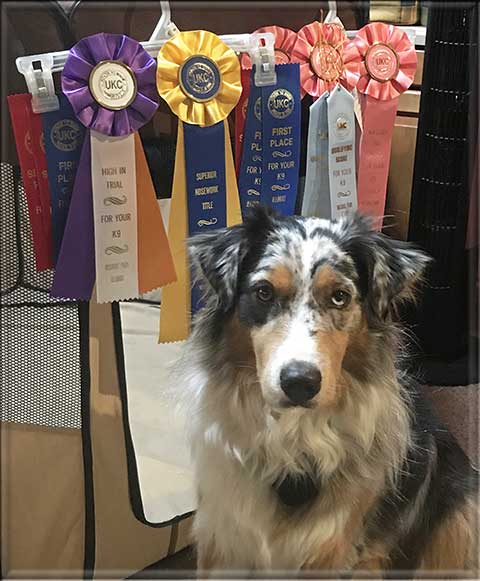 Dash had a good weekend November 11-12 at UKC Nose work trial at For Your K9 in Melrose Park, IL. We got our Superior overall title and vehicle, exterior, and interior element titles. Four, 1st places and two, 2nd places. The interior search was a Master element title and it got us a high in trial too. The weather was very cold and was raining for our vehicle searches but Dash didn’t care. He had fun, he really enjoys searching.

Dash is owned by Roni Thielsen of Menlo, IA 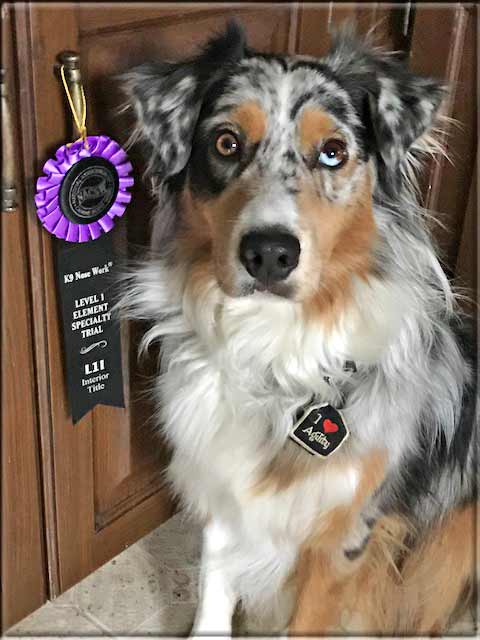 Got our NACSW level 1 Interior title this weekend in Hudson Illinois he had some awesome quick searches.
– Roni

Dasher is out of Rosa Charlay 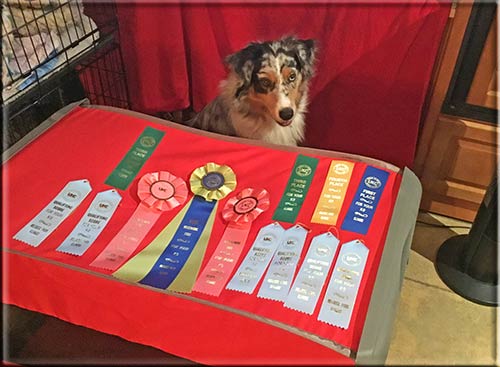 I’m happy to let you know that Dasher got his UKC novice nose work title Sunday. His searches were textbook and felt great. We also upped to other levels gaining our advanced interior title on Sunday. His first place was for an advanced interior search in a bathroom. Agility training is going great for Dash and Rudi. Soon Dash will begin competing in agility. Rudi is also doing Parkour (urban agility), he’s a natural at it, fearless and like a mountain goat climbing on anything that moves unnaturally. Sorry for such slow updates, we are very busy with classes 6x week one of them is training, or we are going to trials, and traveling to NACSW ORT’S which we finished, so we can enter their trials now. I will try to keep you updated better.
– – Roni